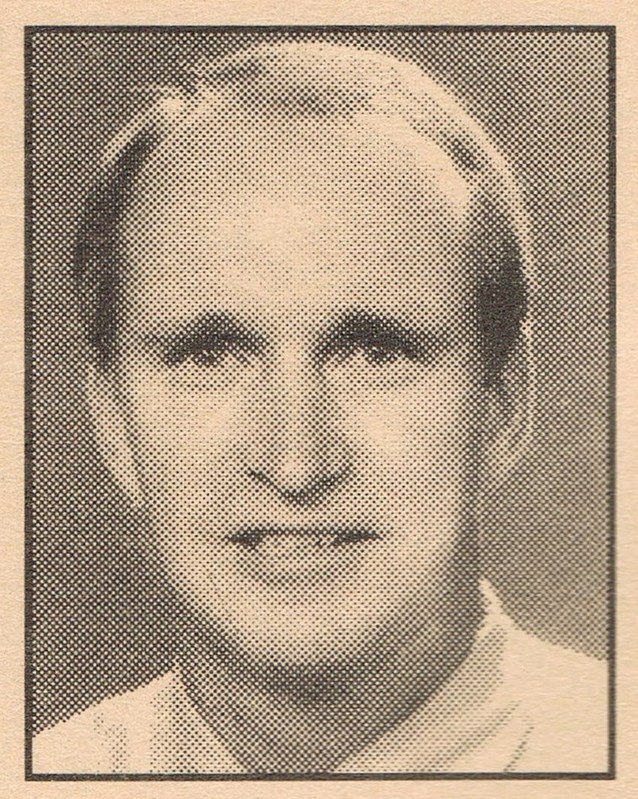 Ron earned 3 letters each in tennis, basketball and baseball. He was on the tennis conference and sectional champs in ’72 and was MVP his senior year. A 3-year starter in basketball, at the time of his induction he ranked 8th in Memorial career scoring with 883 points and tied for 6th in scoring average at 20.8. He was captain his junior and senior year and MVP in the latter, when the team won sectional and regional titles and was named to the 1974 Indiana All-Star team. Also a 3-year baseball starter, he played on sectional and regional title teams as a soph and another sectional championship as a senior, being named all-sectional in ’74 and 2nd team all-state. The American Baseball Coaches Association named him all-regional shortstop, which includes a five-state area, in 1975. He was drafted by the Texas Rangers in the 9th round and later signed with the Philadelphia’s Phillies. A 1979 graduate of Furman, he was a 4-year starter, breaking all assist records, appeared in two NCAA tournaments and was team captain. He helped lead Furman to the baseball conference title and an appearance in the NCAA Atlantic Regional his junior year. Ron played Triple A baseball for the Phillies for five years and managed Phillies minor league teams in Florida and Montana. In 1982 he became head basketball coach at Miami University in Ohio, compiling a 119-59 record with 3 conference titles. He was head basketball coach at Middletown (Ohio) High five years and baseball coach for three. He was 75-42 overall, with conference, sectional and district titles in 1989 and was conference coach of the year in 1987. Ron returned to Furman in 1993 as head baseball coach.