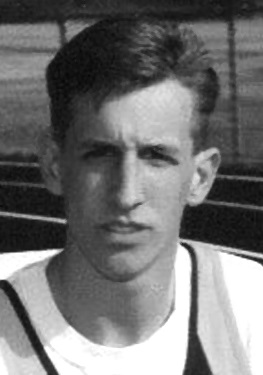 Earned nine letters for the Falcons – three in tennis, two in basketball, and four in track and field.

Two-time NECC champ in 300-meter hurdles, once in 110 hurdles and once in high jump. Falcons were team champions three years.