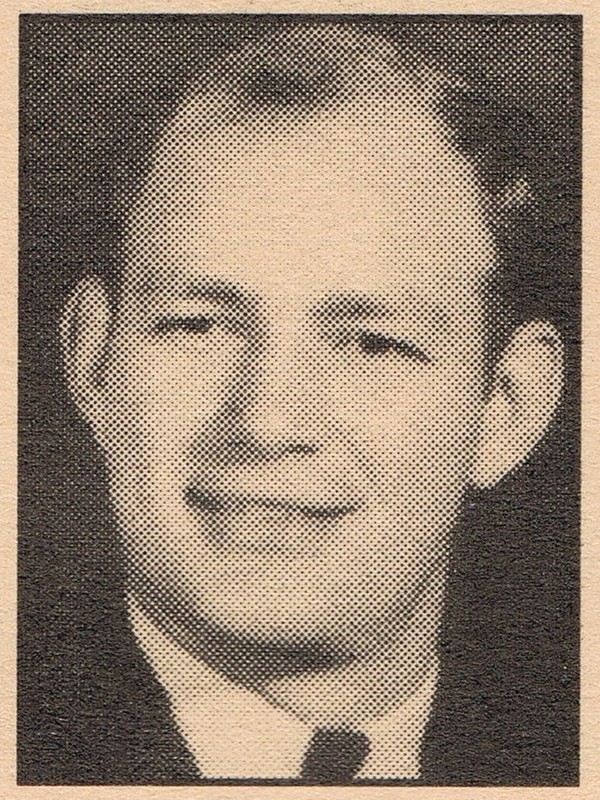 Larry played football and track (he held the hurdle record for nearly a decade) at Nappanee, but is best remembered for outstanding basketball career. He was named to the all-sectional team as a junior and senior. Lakins was the Bulldogs leading scoring in his junior and senior seasons and led the county as a junior with 472 points (22.5 average). A highlight was a 48-point career best at Columbia City in 1957. Larry attended North Carolina State on a basketball scholarship, being recruited by the legendary Everett Case (who won four Indiana High School championships). Press Maravich (father of famous Pistol Pete) was Larry’s coach his senior year. Larry led NCS in scoring and rebounding his junior and senior seasons, being named Look Magazine First-Team All-American and Third Team by AP and UP. The team won the ACC tournament his senior year and he was named All-ACC, All-Eastern Regional and All-ACC tournament team. He played nearly a year with the St. Louis Hawks in ’65.