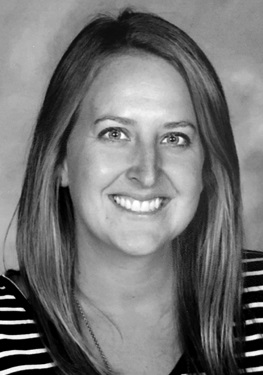 Female Athlete of the Year at Concord as a senior. Three letters in basketball, three in volleyball, four in track and field.

Track – All-NLC as junior and senior; undefeated in hurdles until placing second in regional. Finished 19th at state. NLC and sectional champ in both 100 and 300 hurdles in 2003. School record of 15.25 in 100 hurdles.