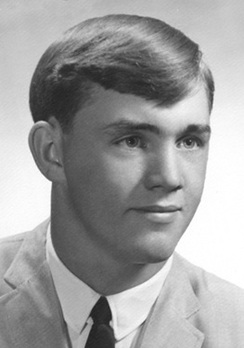 Lettered three years in football, two in basketball. and three in baseball for the Minutemen.

Running back and linebacker for unbeaten Concord football team in 1967. He had 221 tackles his last two years under head coach Ed Mirer. Defensive MVP as a junior and most tackles as a senior.

Team captain and Most Valuable Player in basketball as a senior. Free throw award in senior season.