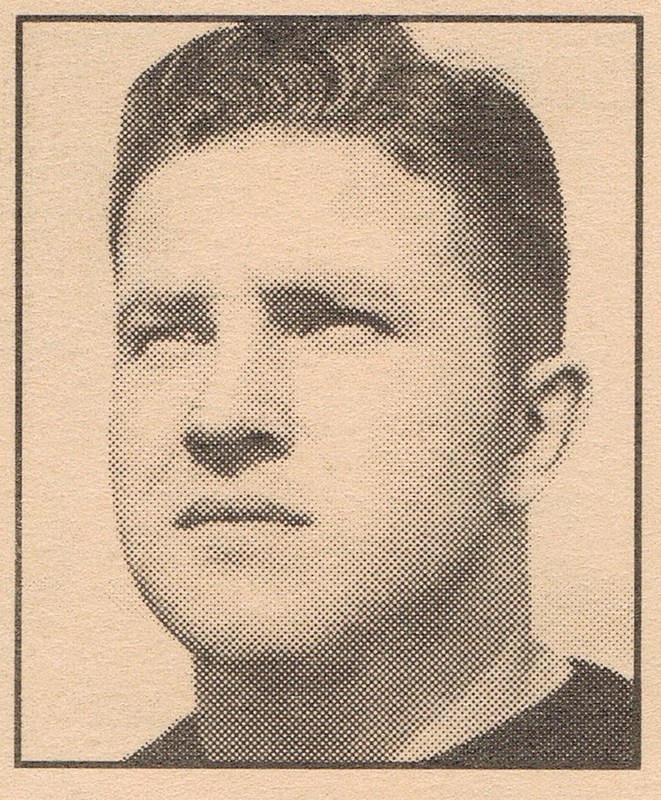 As a tailback for the Blazers, George played on a conference championship team and a state championship team. He was named all-state after his senior season. He attended the University of Notre Dame and was on the National Championship team as a freshman in 1943. He was first string as a sophomore, but as a member of the V-12 (officers training program) was called to service in mid-season of 1944. He was about to ship out for the South Pacific, when he was called by Paul Brown (former owner of the Cleveland Browns of Cincinnati Bengals) to play at Great Lakes Naval Training Station. Great Lakes upset Notre Dame 39-6 and was voted the No. 1 service team. Other members were Bud Grant, later head coach of the Minnesota Vikings, and Marion Motley, a bruising runner for the Browns. Glenn Silcott, later coach and AD at Elkhart High, was an assistant coach at Great Lakes at the same time. After WW II, George was the starting quarterback for the Buffalo Bills when they were Eastern Division champions. He also played two years for the Browns under fabled Otto Graham. The second year the Browns were undefeated and world champs. George coached college football for 12 years at South Carolina, Vanderbilt, Marquette, Indiana, and the University of Pennsylvania. George was coach and general manager six years in the Canadian Football League. He was the backfield coach when Hamilton won the Grey Cup – the Canadian championship – in the late `50s. He also was head coach at Regina, Saskatchewan Rough Riders, leading them to their best record in 10 years and to a spot in the playoffs. George became general manager of Ottawa of the CFL, where they won the Grey Cup twice and were in the finals one other year.