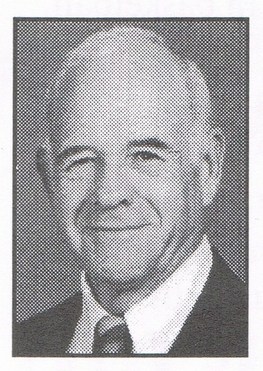 Some call Rollie the “father of wrestling” for Elkhart High School and other area schools because of his influence in reviving the sport in the 1950s and 1960s. All together he coached wrestling and other sports for almost 35 years, including stints at St. Petersburg and Northeast High Schools in Florida, Goshen, Nappanee and Elkhart. His Elkhart High wrestling team won the State Championship in 1968. Rollie is a member of the Indiana High School Wrestling Coaches Association Hall of Fame. He served many years as an international referee and judge in Olympic style wrestling. A World War II veteran, he earned the Silver Star. One of his greatest experiences was coaching son Steve. Rollie died in 1997.