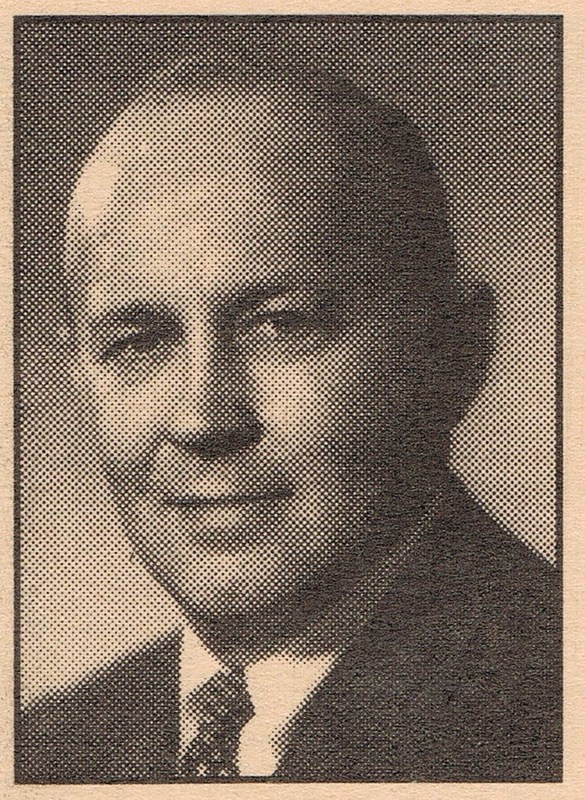 Frank was a member of the varsity football, basketball and track teams his sophomore, junior and senior seasons. A halfback, Frank was All-NIHSC and was featured in the Chicago Tribune as an outstanding punter and punt returner (longest return was 77 yards). Frank was all-Sectional in basketball when the Blue Blazers won the championship in 1931. Also all-state in track in 1930. He ran on the 880 relay team which set a Rice Field record of 1:33.5, a mark which stood until the late 1950s. The half-mile relay team finished second in its heat at the state meet his junior year and won its heat his senior season. Frank set a school record by scoring 83 points during the 1930 track season. He was conference champion in the 100- and 220- yard dashes, the shot put and ran on the winning 880 relay team in the same season. He entered Purdue on a football scholarship, but transferred to Hanover where he started for three years. With his eligibility completed, he moved to IU where he earned his degree. Frank was mayor of Elkhart for two years and comptroller for two years in a virtually deadlocked election which saw him split the two offices with Richard Corns in 1958-61. He was in the retail lumber business and with his son Peter owned a metal stamping company.