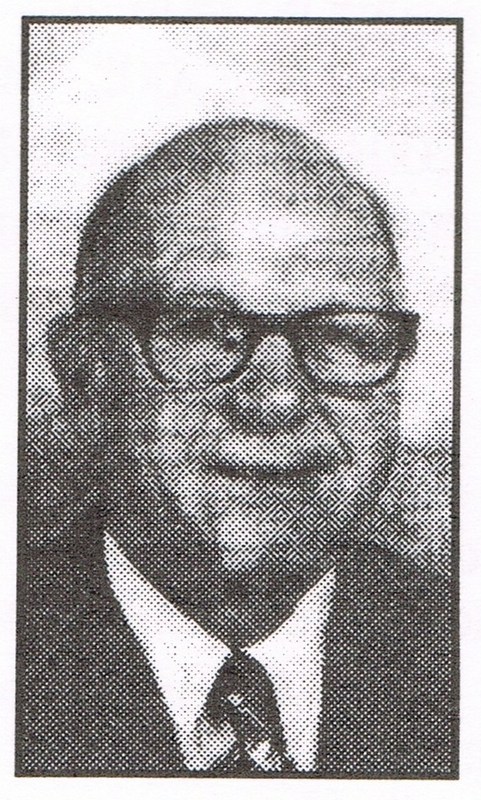 As a senior football player at GHS, Ernie was All-Northern Indiana Conference and honorable mention all-state as well as team captain. In basketball as a junior he was on a team that posted a 22-5 record, won the sectional and one game in the regional and as a senior, he was all-sectional on a 15-6 GHS team that lost to Elkhart 30-28 in the sectional finale. Ernie was also a leader in both football and basketball at Ball State University as he lettered three years and two years respectively. In 1941, he began a five-year hitch in the military, serving as captain of his infantry division at invasions of the Philippines, and New Guinea. He received the Purple Heart, Silver and Bronze stars for his valor. In 1946. Ernie began a teaching and coaching career that ended when he retired in 1981, having served as a coach (Middlebury, Bremen), teacher, and principal (Goshen Community Schools). He served as the Honorary Referee of the Goshen Relays in 1977.