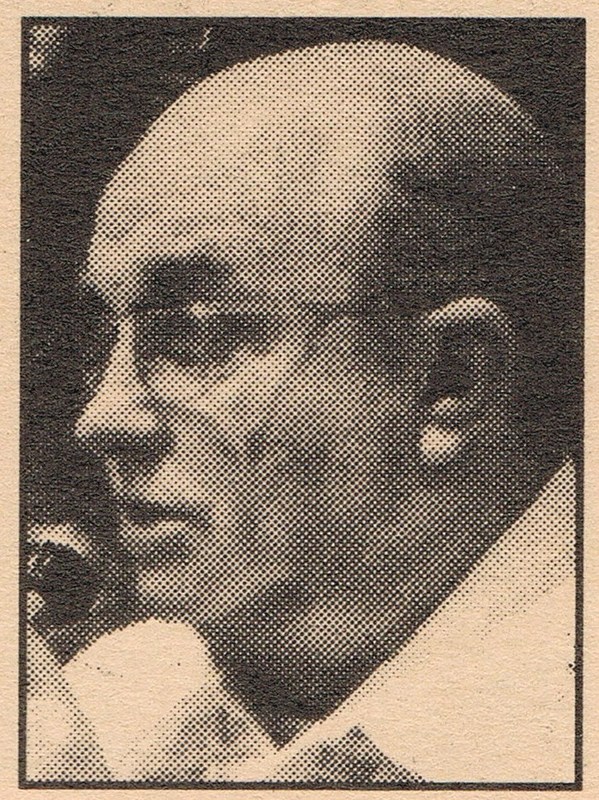 With 40 years of broadcasting area sporting events, Don has one of the most recognizable voices around. Don was one of the local media pioneers, joining Eldy Lundquist on WTRC in 1938, At the time, Don was playing for the Elkhart Orioles, a semi-pro baseball team and Eldy was a freelance sportswriter who traveled with the team. When the radio offer came up, Eldy asked Don if he’d like to work with him. Don said yes, even though the pay was $1 per game. Eldy did play-by-play and Don the commentary, and they remained a popular duo for 20 years (actually most often a trio, with engineer Don Freed or Ed Huot usually on the team). Don moved to WCMR, where he did play-by-play for another 20 years, until retiring in 1978. The 1924 EHS state football champs sparked Don’s interest in sports. He later played basketball for John Longfellow and football for Don Veller. He crossed paths with many other greats during his broadcasting days. He announced 37 state basketball championships and did football games from Indiana, Purdue, Notre Dame, Michigan State and Michigan. Don never missed a football game in 40 years of broadcasting, but missed two basketball games… once when he was ill and once when his son Tom was born.