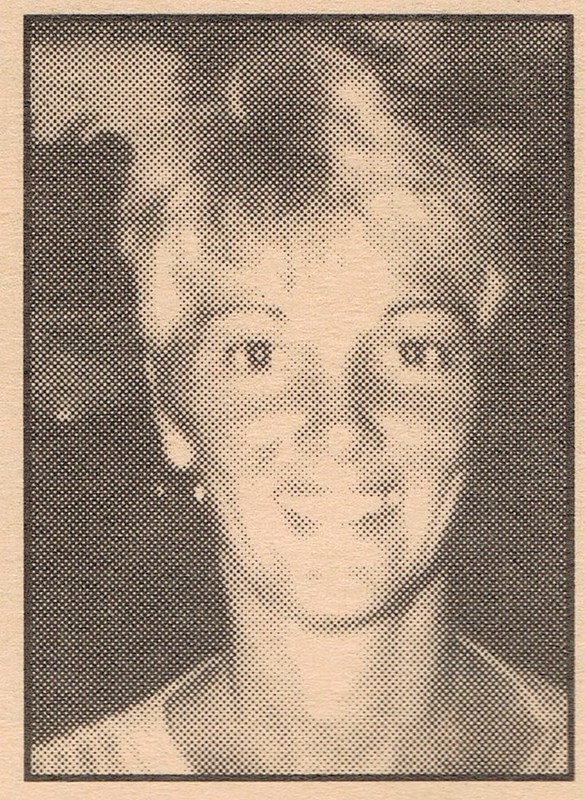 Diana won the Most Accomplished Athlete Award three years and Most Dedicated Athlete twice. She was a member of the volleyball District II champions and state runnerup was no. 1 singles tennis champion in the District II tourney and fifth in the state. An MVP in basketball and tennis four straight years and mental attitude award winner in track and field three straight years, she also was honorary captain of basketball and volleyball in 1971-72. Perry lettered four years in volleyball, basketball, tennis and track and three years in gymnastics. Despite having to switch from the 6-girl stationary rules of early girls basketball midway through her freshman season, Diana led in scoring, steals and assists each of her four seasons. She ran on the 440 state championship relay team and also competed in the 50-yard dash in track. She was runnerup in singles in the state tennis tournament. She won the State Senior Plaque presented by Indiana State University in 1972