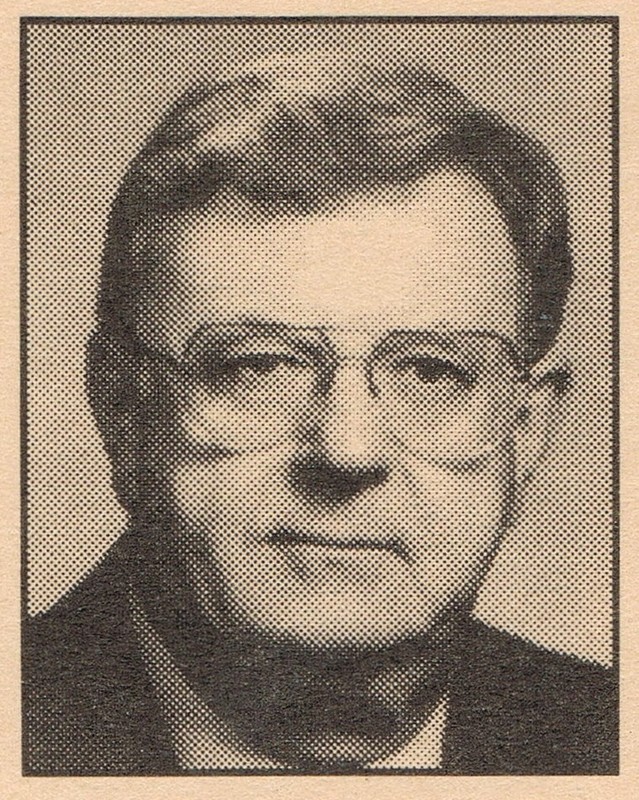 Bruce excelled in 4 sports at Elkhart HS, winning three varsity letters each in football, basketball and track, then joining the baseball team in the spring of his senior season (spring football had prevented his playing previously). Playing end and tackle, he was MVP in football and captain his senior year. The 6-2, 215-pound pivotman was named to the all-sectional basketball team in both his junior and senior seasons (he was injured on the final play of the famous 5-4 game against SB Riley, but came off the bench in key games late in the season). In track, he broke the shot put record several times in 1944, hitting 51-6 1/4 in his final meet, for an EHS and Rice Field record. In his first baseball appearance, in a relief role, he struck out the side, then added a 4th straight strike-out to start the next inning. Bruce went on to play football and baseball at Western Michigan, lettering three years on the gridiron and two as a Bronco hurler. He also played both sports on a service team while with the U.S. Army in Utah during WW II. He received his BS from Western in 1950 and his MA from the University of Michigan in 1954.