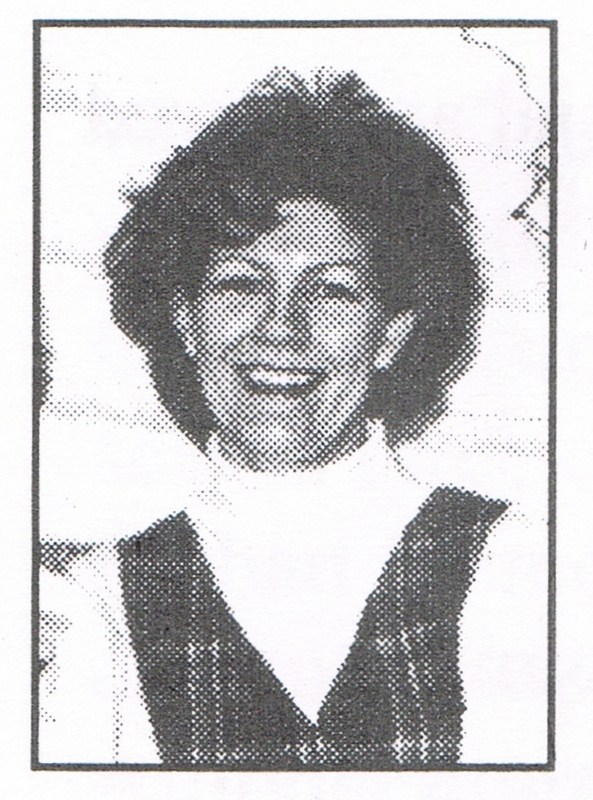 Brooke is remembered as one of Goshen HS’ all-time great athletes and as a pioneer among female athletes. Before girls were allowed to compete in IHSAA sponsored contests, she placed second in the state 100-yard dash as a sophomore after winning district and regional titles in the 50 and 100 dashes. As a junior, under IHSAA sponsorship, she won 100 and 220 dashes at the sectional and placed fifth in both events at the state meet. She set records in both dashes for GHS women. An athletic scholarship to Southwestern Michigan College and a degree from Goshen College led Brooke to a teaching career that was cut short in 1996 when she was murdered in her home. While teaching at Goshen Middle School, she coached track and swimming. Her mother Claudia stated that “track, teaching and cats were the big parts of her life.”