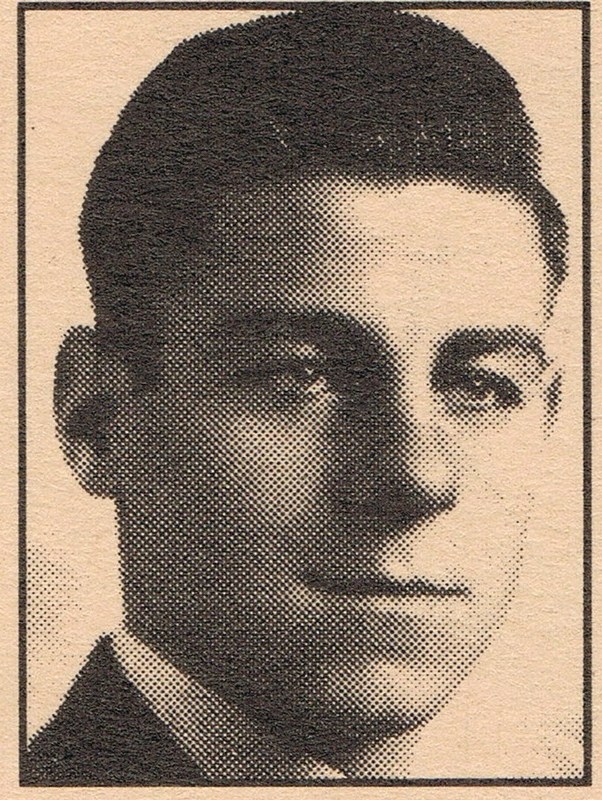 An outstanding basketball player, Bill led the Cubs to the Elkhart County small school tournament championship and was the leading regular-season scorer prior to sectional action. He had 200 points at the close of the season, but was passed by Nappanee’s Bob Rensberger and Concord’s Lyle Hoffman during sectional action. Named to the all-sec tional team in 1937 as a guard, he also was honored his senior year after being moved to forward. Bill finished among the county’s leading scorers in 1938, also. He was selected by a fan poll to play in an all-star game here following his senior season, against the 1939 Indiana state champion Frankfort, which was coached by Everett Case. Bill was a starter on the 15-man county all-star squad, which was coached by another great, our own John L. Longfellow.