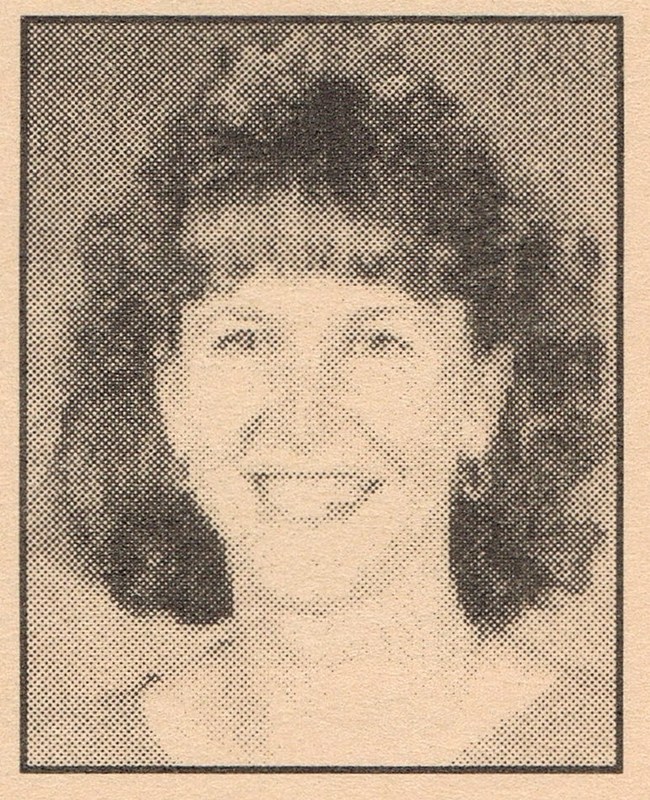 Amy earned three letters each in volleyball and basketball, being elected captain of the volleyball team in both her junior and senior years and captain of the basketball team her senior season. She also was elected the Most Valuable Player in both sports in her junior and senior years. She was selected to the NIC all-conference first team in 1985. Amy ranks in the Top 10 in every skill category in volleyball. She was named Mental Attitude Award winner both her junior and senior years in basketball and still ranks as one f the top field goal per centage shooters in Memorial history. Amy was named a Kiwanis Athlete of the Month four times and was a recipient of the National Scholar-Athlete Award given by the Army Reserve her senior year. She was named Memorial’s outstanding female athlete in 1985 and won the Catherine Wolf Award as the outstanding female athlete in the city that same year. Amy graduated from Purdue University in 1989 with an education degree and majors in physical education and coaching. She won Purdue’s Hilda Schwen Award as Outstanding Physical Educator in ’89. Amy has taught physical education at Sheridan High School and has coached junior varsity volleyball, junior varsity basketball and was assistant varsity track coach one year. She was named Rotary Club Teacher of the Year in 1995.